BULGARA is an instrumental formation, which casts a spell on the audience with the combination of tradition and innovation. The band’s music is a place where Bulgarian folklore elements meet rock, drum and bass, pop and jazz as well as other countries’ folklore. The world fusion project began when Kostadin Genchev (kaval /sly/) and Kiril Dobrev (drums) gave full swing to their musical outlook in 2002.

As an experienced player and composer (in the folk music orchestra at the Bulgarian National Radio, soloist in concerts of The Mystery of Bulgarian Voices and part of the French and Bulgarian project Odysseus) Kosta undertakes the folk music core of the band. Kiril (the mastermind of the Fake Band who supported Prodigy in Sofia, a composer and sound producer for Bulgarian pop and hip-hop performers, author of music and sound pictures for concerts and movies) rushes into the labyrinth of BULGARA’s unusual melodies by creating the sound and sampling design.

Only one year after BULGARA was founded it received the Bulgarian Theatre Award “Askeer” for original music in the theatre ethno show “Divite” (“The Divas”). The prize was a prove for the talent of all the other members of the band as well: Hristina Beleva (gadulka), Stoyan Pavlov (percussions, daul), Eva Perchemlieva-Tukanova (percussions), Petio Petrov (gayda /bagpipe/), Dimitar Hristov (tamboura), Chavdar Asenov (bass), Dimitar Hristov – Jebi (guitar).

In 2004 BULGARA performed at Apolonia Festival, catching the attention of the French music channel MEZZO, which broadcasted a report for the band. On the following year the musicians performed around Europe. The brightest memory will be left by their single band concerts in Frankfurt and in the world-famous Joe Zawinul Birdland Club in Vienna.

At the end of 2005 they released their first album “Bear’s Wedding”. Despite the free internet access it was sold out in second circulation, which owes to the beautiful 13 tracks that can hardly leave anyone indifferent. Eva Quartet and Milcho Leviev were guest musicians at the record’s premiere.

The year 2006 is the richest year when it comes to BULGARA’s festival participations. The musicians took part in every Bulgarian jazz festival, where the formation played together with Billy Cobham, Human Touch and Milcho Leviev. BULGARA had the honour to warm up for Al Di Meola’s concert in 2006. The band performed at stand alone concerts in Stuttgart, dedicated to our EU accession, in the London Shaw Theatre and their quite recent participation in Bonn to celebrate the reunification of East and West Germany. The latter made the German audience start a Bulgarian ring dance.

In the spring of 2016 BULGARA performed as headliner at Penang’s World Music Festival in Malaysia. In 2017 BULGARA celebrates 15 years of incredible style mixture that keeps lifting the spirits of audiences all around the world. 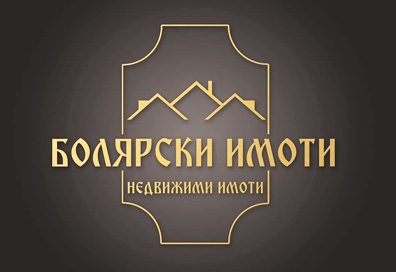